We potentiate guided fundamental changes in life through the reflection and problematization of unconsciously formed cultural values and beliefs.

What does it mean?
Rationality is considered to be the very essence of a human nature. But people are usually guided by common cultural codes, schemes of reasoning, common assumptions and beliefs about the World around without reflection on them. Most of these codes are formed in our conscience in childhood and adolescent years by natural and cultural surroundings, as well as by our subjective perception, upbringing, education and life experience. That is why the main part of these core values, beliefs and rules generally stay unconscious or non-reflected by its host. Moreover, these mindsets had been formed long before any present everyday activities of a person and usually they are not grounded in reason. Nevertheless, personal mentality, the system of ground beliefs and values, influences on the whole life of any person: their main decisions, relationships and even feelings.
That is why, if you want to change some aspects of your life, you have to understand and change your own restrictive beliefs which have led you to your current life situation.
Mental approach can be a trigger for such change. It is an opportunity to perform deep reflection of core culturally-determined personal values and beliefs. In our practice we help people identify “cultural defaults” which cause problematic situations in life and misunderstandings on personal level which can lead to international conflicts on macro level when two sides can’t find the “common ground” because of different base values. To understand the reason of a conflict on any level we should find out conflicting beliefs and values in mentalities of these opposing parties.

How does it work?
We suppose that individual’s belief system forms the ground which generates the whole content of thought. Mental basis is a thought, expressed in words, which was formed predominantly in childhood in specific cultural surroundings and personal situation. Formation of this ground belief, which is close to formation of notions and basic categories of thinking, is based on personal living experience and cultural semantic space. That is why these ground beliefs are usually unconscious.
As we deal with basic values and beliefs of a person about the World and people, which we call individual’s belief system or mentality, we need to find out these bases, retrieve them onto conscious level of thinking. For this purpose we raise a number of questions: ‘How the person should think about the World and people to have these thoughts? Which beliefs generate these thoughts, make them possible?’
Then, when talking to a person, we get a particular value-judgment from him or her.
After that we find out what general meaning, context or idea of this value-judgment is behind it. Also, we think about person’s motivation and a purpose to hold such belief: “What for?” or “What is the purpose?” are appropriate questions at this stage. Drawing on all these thoughts, we can make a hypothesis about the ground belief of a subject, which generates this content of thought. Afterwards, we prove this hypothesis and make this belief conscious for a person through the guided dialogue based on Socratic Method of questioning.
When this belief becomes conscious for a person, s/he is able to think of further actions.

What we can do for you

Have you ever had misunderstanding when socializing with Russian people? Or are you somewhat confused about how to deal with them in a particular situation?
Do you have Russian colleagues, friends or business partners? Or you might have just come to the country of Russia and want to understand and get along with new culture.

We can explain the hidden motives and share some tips with you about successful interaction with Russian people in a variety of social contexts: corporate, social and personal relationships. Based on our knowledge of Russian mentality, a system of cultural meanings, ground beliefs and values, we will consider your case and recommend to you how to behave in a questionable situation.

If you want / need to:
— change some aspects of your life;
— solve problems in interpersonal communication connected with understanding other people and their peculiar psychological states;
— perform qualitative shift in your self- development;

we will help you to find out and change the ground beliefs which influence your overall way of life and therefore predetermine your current situation.
We consider personal beliefs system, mentality, as a latent source of all taken decisions, actions, and responses to events. Our method is problem-based questioning of subject’s mind content through the logic of identifying causal links within it and making them meaningful for a subject. 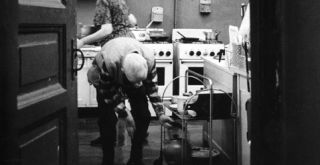 Let me start from the short history of communal apartments in Russia. END_OF_DOCUMENT_TOKEN_TO_BE_REPLACED